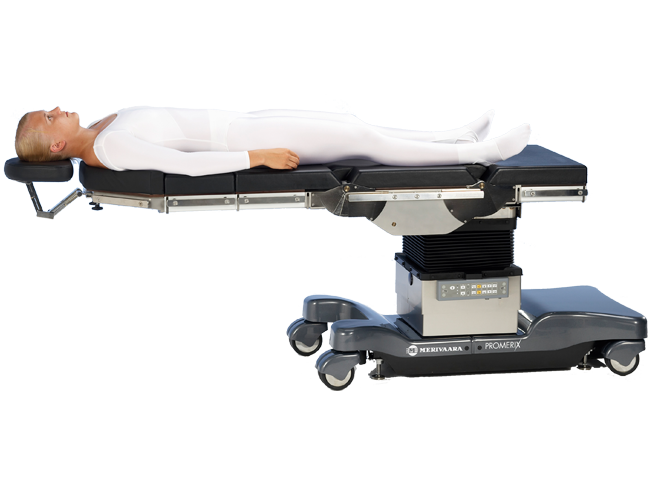 “SolidWorks has speed up our development process significantly. Previously we produced many iterations of prototypes of our products for example to ensure that the parts were not colliding with each other. With 3D modelling we have reduced the number of prototypes because the CAD system automatically checks for collisions.”

The daily challenge for the development department at the Finnish company Merivaara is to keep track of the development of hundreds of different products and a huge amount of information generated during development work. To answer this challenge, SolidWorks 3D CAD is combined with a SolidWorks PDM system to give ideal control over the vast information.

The company currently has approximately 140 employees engaged in developing, manufacturing and marketing products to hospitals worldwide. The products include virtually anything used within the hospital’s four walls. This applies to furniture such as beds, operating tables, equipment for maternity wards, lighting and other furnishings. 90 percent of the products are made of steel, supplemented by products manufactured of plastic and aluminium.

The 15 employees of the company’s development department are both developing the new products and managing existing ones. Merivaara has 10 SolidWorks and 10 PDM licenses. Drawings and models from the CAD system are both used in the development, production and sales. The PDM system makes it possible to manage and control the information such as 3D models and drawings. Official documentation like design history files and risk management files are generated and kept updated within the PDM system. Both systems have provided significant benefits, says Pasi Kankaanpää:

“SolidWorks has speed up our development process significantly. Previously we produced many iterations of prototypes of our products for example to ensure that the parts were not colliding with each other. With 3D modelling we have reduced the number of prototypes because the CAD system automatically checks for collisions.” Kankaanpää addes: “We also recently began to use the animation tools in SolidWorks Simulation Motion to simulate the behaviour of moving parts and we hope that this will speed up the development process further.”

Pasi Kankaanpää emphasizes that SolidWorks plays a prominent role in Merivaaras development plans: “Until now we have primarily used the CAD system for mechanical design, but we are beginning to also do surface modelling, visualization and simulation with FEA calculations of strength, in-house. These tasks were previously outsourced to subcontractors.”

The same applies to the development of plastic parts, especially plastic covers for the hospital beds, which up to now have been developed and produced externally. Kankaanpää explains:
“Our overall goal is to design more and more ourselves, and with SolidWorks, we have been able to pull back a number of tasks which were previously placed with subcontractors to do them in house.”

“The total development process from design to ready product is much faster now thanks to SolidWorks® CAD software.”...

END_OF_DOCUMENT_TOKEN_TO_BE_REPLACED

"With the 3D models of the products, the first prototype has higher accuracy and this limits the number of prototypes needed during the development period making the process more streamlined and faste...